It’s Friday! How was your week?

This week I worked my full-time job, attended a Pediatrician appointment for my daughter (with my ex wife), helped my girlfriend decorate the house for the holidays, attended co-parenting counseling, scheduled days off of work next week for court appearances (because my ex has too much time and money on her hands), did some engagement ring shopping, took my kids to practices, took my son to get a haircut, had my future in-laws over for dinner, and built some bad-ass Lego creations with the kiddos. Tonight, I will attend a viewing, take the boys to basketball practice, and hopefully spend some time with my girlfriend. When I began seriously gaming two years ago, I rarely saw my kids, I had no girlfriend, I rented a small place in the middle of nowhere, and I essentially had no life. Gaming filled a serious void, gave me something to do at night when the loneliness was at its worst, and I made some great friends online, as crazy as that may sound to some. My life is now full and awesome (at least barring all the crap with my ex). 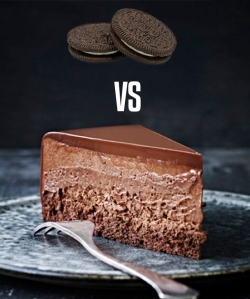 So, why did I spend so much time this week going through the frustration of trying to install Windows 10 in Bootcamp in High Sierra, which is a complete PIA process, not to mention being scary as eff? I’m getting itchy… I really really want to play a game. I miss it. Don’t get me wrong, I play plenty of games. First our home is like a board game wonderland. Second, I teach game design at my job and play a ton of student games made in everything from Construct 2 to Unity.  Third, I recently revisited 1998 by putting FFVII on my iPhone and Baldur’s Gate on my iPad. Finally, I play games with my kids anytime I can. From Lego Marvel Superheroes to Rocket League, my kids play some fun games. Still, I’m not satisfied. Can I help it if I’m playing Rocket League with my 10-year-old and thinking of how much it looks like Soccer Pitch in Scarlet Blade? Playing these pithy little games feels like eating Oreos for dessert every night for months on end while all along I’ve been craving a chocolate mousse cheesecake.

Here’s the rub. I can no longer commit to being a gamer, at least not like I want to. It’s not that I can’t have boundaries and manage my life. The real issue is that I can’t keep up. Gaming is like a second career if you want to play with friends, which is what I want. I’m a social gamer. I really really miss Joe, Donnie, Chris, and Manjengaa. I really miss talking to them on Discord about weapons and bosses food and family and dungeons and pub crawls and arts and crafts to do with our kids. If I came back to Blade and Soul (the game I really want to return to) today, I would have to commit a good 80 + hours of pretty hardcore solid play to try to even reach an area where I could hang out with my friends in-game. Not to mention, I don’t know when I can play and when I can’t. My “free-time” (what is that?) schedule is so sporadic that I don’t know when I will be available or for how long. Also, no matter what, my family and my girl are going to take precedent.

So here I am, it’s 2017. I have a house full of commotion, family, love, and holiday decorative awesomeness. I also do not own a single PC. I have an XBox One, a Switch, A WiiU, 3 iPads, and 2 Macs. In the past 3 weeks, I’ve installed DDO, Runescape, and Guildwars 2 (the only non-WoW MMO’s that work on Mac) to my Mac, but I haven’t even set up a character yet. I doubt these games are going to scratch my itch any more that FFVII or BG. I miss Old Man Cho and visiting Yehara’s Mirage. Probably more, I miss Joe, Donnie, Chris, and Manjengaa. So, I installed Windows 10, and I’ve sp

ent 3 days trying to get BnS to completely install (a process made futile by the ever present EO2014 error). Honestly, though, I don’t know what I’m going to do once I get it. I have 2 court appearances next week and the holidays are upon us.

Awhile back, I tried to establish a community of teachers to play games together, but that never really amounted to much. Either teachers don’t game, or they have no desire to do so so

cially. Perhaps I need to just work on a community of Adults with lives who also want to go on an occasional game binge.

I don’t know whether I will ultimately make it back. Maybe this intense craving will pass as I gorge myself on holiday food, make love to my girlfriend or play some new games with my kids. Maybe I will never get BnS to install and I’ll give up, a defeated and broken man… Either way, I just want my gaming peeps, Joe, Donnie, Chris, and Manjengaa, to know that I miss you, I really do value and cherish (hopefully that’s not too mushy) the times we spent hanging out when I was at my lowest. Thank you for everything, and I hope to hang with you again sometime soon. We’ll see what 2018 brings.